6 June 2022 | 0 Comments | By associat
The bitter truth about children in Iran CHILD MARRIAGE: The law allows girls to be wed at the age of 13. If she’s 9, it’s still allowed if a judge or the father approves. CHILD LABOR: Children suffer physical and psychological damage.
€0.00 donated
0 Donors

Child marriage in Iran is not a cultural issue. It has become a social catastrophe due to the policies of the mullahs’ regime. The Iranian regime has refused to ban or criminalize early marriages. 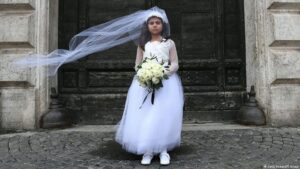 In Iran, young girls are able to legally marry at the age of thirteen. However, this can be overridden by the judges and parents to allow girls to marry as young as the age of nine. The National Statistics Center of Iran announced that 9,753 young girls between 10 and 14 were married in spring 2021.

there can often be extreme psychological risks in marrying young. A study conducted and reported in the Journal of Pediatrics found that those who marry younger than the age of eighteen are more likely to experience depression, anxiety, and bipolar disorder. The risk for mental health disorders increases by 41% when marrying under the age of 18. 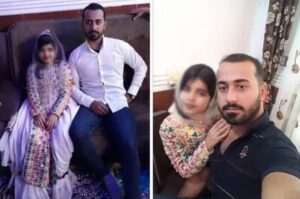 Iran has laws that condone the marriage of children at the age of thirteen and make it more difficult for wives to divorce their husbands. This combination of laws forces women to feel inferior to men and out of control in their personal lives; however, the laws are still in existence because the regime suppresses society through such laws.

It is estimated that there are at least 7 million child laborers in Iran. This year (2021) two million children have dropped out of school because of Covid19, poverty, and a lack of educational facilities. 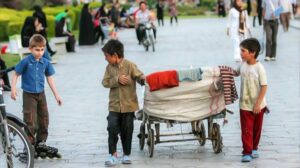 Thousands of children are trafficked by the Iran Revolutionary Guards into Arab countries. They face exploitation and sexual abuse and are enslaved.

the children are our future Support us to end the sufferings of children.