5 June 2022 | 0 Comments | By associat
Discrimination and barbaric oppression are indispensable to the mullahs’ worldview and policies. They continue to arrest women in the streets, as a vital part of the campaign to control society and impose repression.
€0.00 donated
0 Donors

In February 2020, during an en masse hanging in Gohardasht Prison, west of Tehran, one of the victims, Zahra Esmaeeli, a mother of two, died from a heart attack after seeing 16 others hanged before she was. Nevertheless, the henchmen still hanged her dead body. Her lawyer told this story afterward. 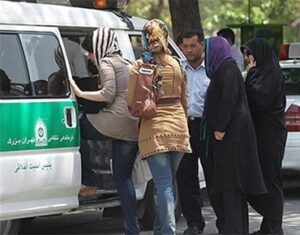 A woman arrested for not being “properly covered”
The Iranian regime systematically promotes physical, mental, economic, and political violence against women and girls.

The Iranian Constitution, co-opted by the misogynistic regime, perpetuates a perverse and archaic interpretation of Islam as a means of subjugating women. The most prevalent and immediately apparent form of state-sponsored violence against women in Iran is the compulsory veil (Hijab). It is enforced through 27 repressive agencies including the State Security Force and the “guidance patrols” that severely punish Iranian women who refuse to wear the Hijab or who are deemed to be “improperly” veiled. 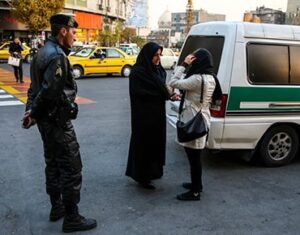 Under the mullahs’ dictatorship, violence against women in Iran means women live under the chokehold of a regime where even the suspicion of female adultery can lead to a death sentence. Susan, a university student, was working on a project with her professor at home. Susan’s husband, who filmed the interaction, complained to legal authorities. A judge, seemingly unconcerned about the husband’s motives or actual facts, sentenced both Susan and her professor to death. The sentences were reduced to 99 lashes after an appeal. 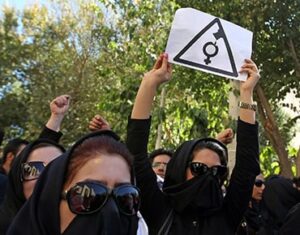 Reyhaneh Jabbari executed after defending herself against a rape attemptMaryam Akbari Monfared was arrested on 31 December 2009 and was forcibly disappeared for five months. She was detained in solitary confinement for the first 43 days of her imprisonment, and interviewed without access to a lawyer. The lawyer assigned to her by the Iranian government only met and spoke to her during the trial, which consisted of a single hearing of less than one hour. She was sentenced to 15 years in prison by the Branch 15 Revolutionary Court in Tehran in May 2010, which condemned her for “enmity against God” (moharebeh).

She has three daughters, her youngest was just a toddler when she was imprisoned. 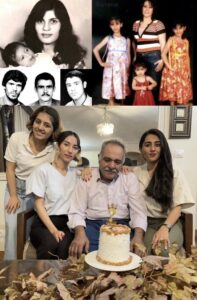 Roghieh Akbari Monfared, Maryam’s sister
Maryam’s three brothers and a sister have been executed by the Iranian regime. Her sister Roghieh and brother Abdi were two of those murdered by the regime during the massacre of 1988. “Roghieh’s death was more difficult for my mother than the execution of her three sons, since Roghieh had a small daughter, Mahnaz who was only three years old when Roghieh was arrested, almost the same age as my own Sara when they separated her from me” says Maryam. “When I think of Roghieh, I think of her feelings and thoughts of Mahnaz, when she said ‘no’ to the oppressors.”
What we do
We amplify the voices of women on the front lines by extracting information from inside Iran
We do research, event planning and communications work to make sure the world is informed about their suffering
We support satellite transmission in to Iran and beyond to break the wall of censorship
We promote religious tolerance and expose misogyny to make women familiar with their civil rights

Childrens to get their home