6 June 2022 | 0 Comments | By associat
Iran’s judicial system remains among the most brutal in the world. The Iranian regime executes more people per capita than any other country. It carries out more total executions than any nation but China, whose population is over 17 times that of Iran’s. Tehran continues to target political dissidents and ethnic, religious, and sexual minorities for execution. Capital punishment can be—and often is—carried out against juvenile offenders. The cruelty and inhumanity of Iran’s judicial system go well beyond executions, however.
€0.00 donated
0 Donors

Individuals may be arrested and indefinitely detained without charge or on trumped-up offenses; subject to degrading treatment, including torture, in order to extract confessions; denied rights such as access to legal counsel and fair and speedy trial; and sentenced to other barbaric penalties such as amputation, blinding, and flogging. Those accused and/or convicted of perpetrating crimes are incarcerated in overcrowded prisons where they may be subject to torture, rape, and other atrocities. 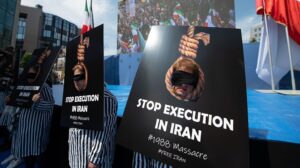 With the nationwide increase of population protests in 2019 in Iran, the mullah regime has increased repression and in August 2021 installed Ebrahim Raisi as the president of the Iranian regime, who was one of the main perpetrators of the massacre of 30,000 imprisoned human rights activists in 1988, in order to spread fear and terror with him and to suppress the population protests in which the courageous Iranian women hold a crucial role. Currently, many imprisoned Iranian women are in danger of execution.

First-hand information obtained through sources inside Iran has enabled us to reveal behind-the-scenes news about the atrocities in prisons.

Organizing meetings, demonstrations, events, and grand gatherings to echo the voice of the prisoners of conscience. 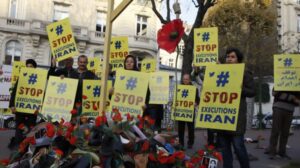 Gathering information on prisoners of conscience, their suffering in prisons as well as details about their condition.

Exposing the regime’s crimes and atrocities through publications, satellite broadcasts, and social media.